Report of the Inquiry into Missing and Murdered Nunavimmiut

Pinasuaqatigiinniq – Working Together for a Common Purpose

This report presents the results of an inquiry initiated in 2016 by Saturviit Inuit Women’s Association of Nunavik, in the wake of the pan-Canadian movement to conduct a National Inquiry into Missing and Murdered Indigenous Women and Girls in Canada. The objective was to document the situation specifically in the region of Nunavik, to give a voice to the families of victims and to put forward their needs.

To document and address this issue in Nunavik, Saturviit organized a gathering with victims’ families and regional representatives in Inukjuak in April 2016. To complete the picture, interviews were conducted in the summer of 2016 with a few workers, including police officers, social workers and a justice committee coordinator.

The inquiry report exposes many concerns, issues, and needs that relate to the loss of loved ones, the counselling and therapy services available in the communities, and the general conduct of the criminal justice system in Nunavik. 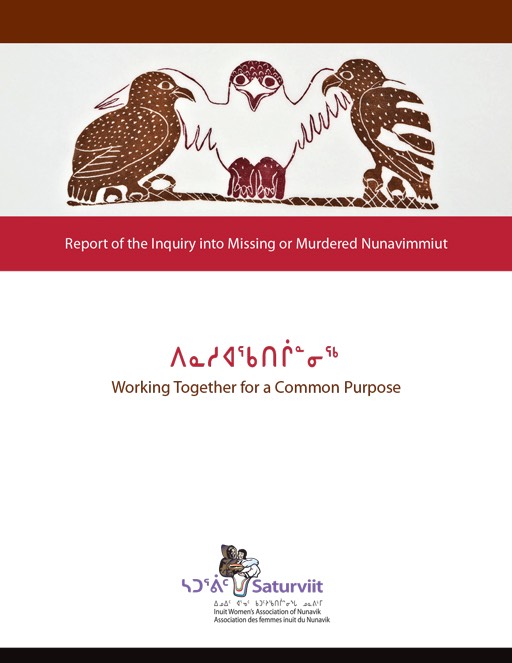